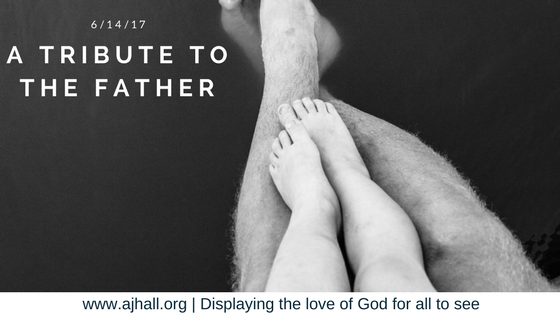 As Father’s Day approaches, we take time to remember the fathers in our life. We take a day to honor the role that fathers play in our society, and we celebrate the men who work so hard to provide and love us.

But for many, all this father talk can be hard to bear. It only brings up painful memories we’d rather keep buried. Some of us have lost fathers. Others have had ugly falling outs with their dads. Some fathers, we never knew. And some we wish we never had known. For a wide range of reasons, many of us will not be buying a father’s day card this year.

I’m in this boat: I lost my father at 19 years old. I thank God I was saved through watching my dad’s powerful conversion, but I never had a chance to build a real relationship with him before he died. He was a very closed-off man. I don’t hold this against him—my dad never had a father himself. Growing up near the famous 8-mile road in Detroit, Michigan, he learned to rely on himself. The man worked hard to give a better life to his sons; but he never learned how to show love.

Looking back, I can see a handful of times where my dad made attempts to build a relationship with me, but I too had become severely closed off. Eventually he gave up on me all together—he was very vocal about this, and made it a joke (everybody knew my dad for his biting sense of humor), saying I was too “artsy” for him.

Why are we so easily hurt by fathers?

Even people who grew up in a loving home can carry wounds from fathers who fell short to provide the care and affirmation we needed.

How can unintentional neglect or one harsh word cause such pain?

I think it’s because human beings have an intense need for love, affirmation, attention, and care. It’s a need—a bonafide, legitimate need—just as real as our need for food or water or air.

Both Psychology and Neuroscience have identified the importance of this basic need in human beings. Studying brain development from babyhood into adulthood, scientists have built an entire theory around it called the “Attachment Theory”. You should check out the research—it’s fascinating—but I’ll boil it down for you in one sentence: the human psyche is literally built on love and care.

I’m talking LITERALLY. Not in some far off spiritual sense. I am talking neurons and physiology and brain stems and stuff like that. Our brains physically grow strong and healthy through love and affirmation from others. Even a picture of a smiling face will light up a baby’s brain on a brain scan. And our brains stay willing to respond to love; adult brains well into their 30’s, 40’s and 50’s who suffered neglect and abuse as children—called “attachment trauma”—have been shown to resume healthy brain growth in response to love and affirmation.

We all need love!

If you’re a father, let me encourage you: there could be no higher purpose—no more noble of a call—then to showcase the love of a father to those around you. To shower your kids (and your wife) with love! There is no role like yours on planet earth! You cannot be replaced! Your words cannot be replaced! You’ve been given a supreme honor—a great privilege and responsibility—to stand and represent the Heavenly Father to your kids. Any words of encouragement you give will sink deep down into their hearts, and become cement for their souls, creating a strong foundation for them to stand on for the rest of their lives.

But how do we father someone when we never had a father ourselves? Or maybe you’re a single-mother—is all hope lost for you?

No! God takes your situation personal! He rises up and declares,

“And I will be a Father to you, and you shall be my sons and daughters, says the Lord Almighty.” 2 Cor 6:18 ESV

So now we can say,

“For my father and my mother have forsaken me, but the LORD will take me in.” Psalm 27:10 ESV

My life is a testament of this. My father died, and a few years later I was cursed and cut off by my mother. I felt like I had nothing. Just pain and brokenness and fear. I still remember lying in my studio apartment in Gainesville months before graduating college frozen in fear—terrified of the future, overwhelmed by the feeling of being alone and powerless.

But in my suffering, I was found by the One who suffered for us all!

Tweet: But in my suffering, I was found by the One who suffered for us all!

Like a nobleman beckoning an orphan off the street, He called my name. Smiling and wavering a nail-pierced hand, He said,

“Weary one, come! Do you not know My Father is a father to the fatherless? Take heart; He will surely receive you. Come to me, and I will give you rest.”

So on this Father’s Day, I want to speak on behalf of Heaven and say to you:

If you’ve never had a good father—if you’re an orphan-at-heart—you are blessed!

Why? Because God takes your situation personally. He will not stand for it. He has pronounced Himself a defender of orphans and widows. He will come, and make Himself real to you. He’ll pour out an extra measure of grace, blessing and revelation onto you for all your troubles. You will come to know for yourself how great His love is.

When God comforts you—when God steps in to love you— it becomes a witness for all to see! Yes, you will be blessed! Because if God fixes something, don’t you know it’s ends up better than if it had never been broken at all?

“Blessed are those who mourn, for they shall be comforted.”

View all posts by ajhall.org